Please note: This course is also offered in a series of recordings titled "Series: Family Quality of Life", course #1840 which is offered for AOTA/0.4 and NBCOT/5.0.

There is a dynamic relationship between people, their occupations and roles and the environments in which they live, work and play. When disability disrupts the engagement in occupation, all areas of life are at risk for impaired performance and quality of life. Pediatric disabilities can create family impairment, isolation, and stigma. Occupational Therapy practitioners must view childhood disabilities as a stressor within an interconnected system within the family that can affect health-related quality of life outcomes for the child. This third webinar in a 3 part series will focus on intervention approaches to promote Family Quality of Life. 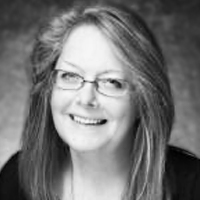 Rondalyn Whitney’s research focuses on emotional disclosure to reduce stress and improve quality of life and family quality of life when raising a child with disabilities.  She is the author of more than 6 books, her work has been published in over 10 scholarly journals and she is a Fellow of the American Occupational Therapy Association. She serves as a reviewer for several journals.

Handouts are available for this course.

Presenter Disclosure: Presenter received an honorarium for presenting the course. Presenter has intellectual property rights for material presented/discussed in the course.

Sponsor Disclosure: This Course is presented by OccupationalTherapy.com.

Login and logout times will be recorded and documented.
Passing an online exam will be required to earn continuing education credit, where applicable.

To participate in the course, complete the exam, and earn continuing education credit (where applicable), you must be a OccupationalTherapy.com member.

OccupationalTherapy.com is committed to providing equal opportunities in accordance with all applicable laws. If you are in need of a disability-related accommodation, please contact customerservice@occupationaltherapy.com. We will review your request and respond in a timely manner. Please note that we will require a minimum of 2 weeks to provide a reasonable accommodation for your request.

OccupationalTherapy.com is an approved CE provider #7659 by the American Occupational Therapy Association (AOTA). This course is offered for 0.1 CEUs (Intermediate level, Category 2: Occupational Therapy Process - Intervention Area). The assignment of AOTA CEUs does not imply endorsement of specific course content, products, or clinical procedures by AOTA.

OccupationalTherapy.com is a NBCOT® Professional Development Provider. This course is offered for 1.25 NBCOT PDUs (Intermediate level, Pediatrics Area). NBCOT® is a registered trademark of The National Board for Certification in Occupational Therapy, Inc.