What Are Inefficient Versus Efficient Breathing Patterns?

What are inefficient versus efficient breathing patterns?

This Ask the Expert is an edited excerpt from the course, Living Life to its Fullest: One Breath at a Time.

I want to review a couple of the common holding or inefficient breathing patterns that we see with our clients. The first one is chest breathing. It is represented in Figure 1.

It shows primarily how the shoulders go up and down with inspiration, and the diaphragm is not moving much. Many clients of mine breathe this way. If I tell them to take a deep breath, their shoulders will go up, their chest expands, but there is not much movement lower down. The secondary muscles of respiration, the scalenes (SCM) are doing a lot more work than they should, and the diaphragm, the primary muscle, is barely contributing. The diaphragm is not being utilized to full capacity. This creates a more rapid and shallow breath.

Reverse breathing or paradoxical breathing is in about 10% of the people that I work with. If you put your hand on your belly and you breathe in, you should feel the belly bulge out a little bit. When you exhale, the belly should go in. Ten percent do the reverse. When they breathe in, the belly pulls towards the spine, and when breathing out, it goes in the opposite direction. This can be changed as it is not a healthy pattern of breathing. What we are going to discuss today will help these people. Clients that perform paradoxical breathing just need a little more time to get that pattern turned around.

Collapsed breathing has a lot to do with posture. This is where the person is hunched over and collapsed in the front. This poor posture influences their breathing.

Many people can demonstrate a mild version of hyperventilation with their respiratory rates in the low 20s.

All of these combined lead to dyspnea or shortness of breath.

Impact of These Breathing Patterns

The impact of these poor breathing patterns can be chronic tension in the upper neck muscles and scalenes as they are overworking. People often have chronic pain in their neck pain, shoulders, or jaw. The rapid respiratory rate leads to an increased stress response which has a direct relationship to heart disease, hypertension, and many other issues. The stress response also ties directly to the lack of circulation in the abdominal area, which can contribute to indigestion, heartburn, and bloating. If a person is in a fight or flight mode because their respiratory rate is quick, the blood that would be normally in their belly is going to be shunted to their arms, legs, and brain in preparation for flight. So, even when there is no threat, rapid breathing can kick off a sympathetic response that will influence digestion.

When we breathe inefficiently, movement becomes a challenge. For example, if I am trying to help a client learn how to weight shift, but they are breathing inefficiently, they may not be able to coordinate their breath with the task. And, if they have a mild version of hyperventilation, this can lead to confusion or a slightly disoriented state.

This picture is showing a more efficient breathing pattern. You can see the diaphragm moving up and down. On inhale, it goes down, and on exhale, it goes up. We also do not see the shoulders moving in this illustration, but they should move a little bit.

The diaphragm, which is a big powerful muscle, pushes down on those abdominal organs and the belly. As I said, the abdominals will expand if they are not bound or too tight. Figure 3 shows two triangles superimposed on the body of a gentleman. 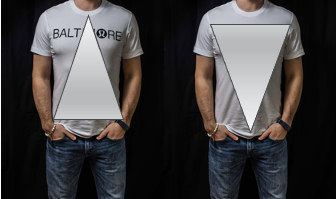 As we help our clients to breathe more efficiently, what are the benefits? They have the energy to engage in occupations. They also have a calmer or clearer perspective because they are engaging the parasympathetic branch of the autonomic nervous system. It can help to manage pain. Some of you may have attended the pain symposium on OccupationalTherapy.com. I am repeating a little of that talk to reiterate that breath is a wonderful way to help manage pain. And, as we start to breathe more efficiently, the movement gets easier. This is the goal. 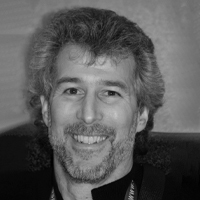 Richard Sabel, is a Clinical Assistant Professor at SUNY Downstate’s Occupational Therapy Program and the Educational Director of the East West Rehabilitation Institute. For over 20 years, he has integrated Eastern and Western therapeutic practices into a distinctive approach to help clients reengage in meaningful occupations. Richard maintains a clinical practice and frequently offers programs on a variety of topics such as mindfulness, pelvic health, pain management, Yoga, Tai Chi, Feldenkrais, breath therapy, and fall prevention at community centers in New York City.

1 https://www.occupationaltherapy.com/ot-ceus/course/living-life-to-its-fullest-5130 Living Life to its Fullest: One Breath at a Time The average healthy person breathes more than 20,000 cycles of breath per day. This program will offer simple, practical approaches to promote efficient breathing and engagement in meaningful occupations for our clients and ourselves. auditory, textual, visual

Living Life to its Fullest: One Breath at a Time

5 2141
'The instructor was knowledgeable and easy to follow'   Read Reviews
AOTA/0.2 Introductory, OT Service Delivery, Foundational Knowledge, 02306; CE Broker/2.0 Computer-Based Training, General (FL), Patient Related (AL), General Continuing Education (GA), Direct Client/patient Services In Occupational Therapy (SC), Related To OT (AZ), Related To OT (LA), Directly Related To OT (MS), Directly Related To OT (TN), CE Broker #20-863882; IACET/0.2; NBCOT PDUs/2.5 Beginner, Rehabilitation
View CEUs/Hours Offered
Pelvic health issues impact the lives of millions of men, women, and children, often limiting their ability to engage in meaningful occupations. This program will clarify functions of the pelvic floor, as well as causes and types of disorders, while illuminating occupational therapy's vital and unique contribution to working with this population.
Course Details
4 https://www.occupationaltherapy.com/ot-ceus/course/mindfulness-practices-for-managing-pain-5002 Mindfulness Practices for Managing Pain and Promoting Occupational Performance The past decade has seen exponential growth in the use of mindfulness-based interventions among health professionals. This program will explore how approaches such as Yoga, Tai Chi, Feldenkrais, breath, and meditation can be used by occupational therapy practitioners to manage pain and promote occupational performance. This is Day 3 of a virtual conference on pain management. **Please have a straw for the demonstration portion of the course. auditory, textual, visual

5 1333
'Sharing different tools such as Tai Chi, yoga, mindfulness, and Feldenkrais to improve clients performance and ease their pain and/or any movement restrictions'   Read Reviews
AOTA/0.1 Introductory, OT Service Delivery, 01523; CE Broker/1.0 Home Study, General (FL), Patient Related (AL), General Continuing Education (GA), Direct Client/patient Services In Occupational Therapy (SC), Related To OT (AZ), Related To OT (LA), Directly Related To OT (MS), Directly Related To OT (TN), CE Broker #20-813190; IACET/0.1; NBCOT PDUs/1.25 Beginner, Rehabilitation
View CEUs/Hours Offered
The past decade has seen exponential growth in the use of mindfulness-based interventions among health professionals. This program will explore how approaches such as Yoga, Tai Chi, Feldenkrais, breath, and meditation can be used by occupational therapy practitioners to manage pain and promote occupational performance. This is Day 3 of a virtual conference on pain management. **Please have a straw for the demonstration portion of the course.
Course Details
5 https://www.occupationaltherapy.com/ot-ceus/course/grand-rounds-pain-case-studies-5310 Grand Rounds: Pain Case Studies and the OT Role This course looks at pain case studies across a variety of settings. Evaluation and treatment will be discussed with a focus on return to occupation and participation. auditory, textual, visual