This presentation will introduce the audience to the role of occupational therapy on a community-based coalition. Issues regarding substance abuse and community health and engagement will be discussed. 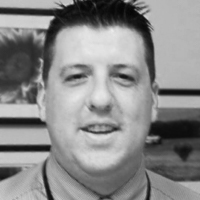 Sean M. Getty, MS, OTR/L is Site Coordinator and Clinical Assistant Professor at Stony Brook University at Southampton.  His background is in community-based mental health recovery, where he has implemented multiple interdisciplinary programs for persons with mental illness.  He has worked with diverse cultural groups with community settings and has created an assessment tool to evaluate the impact of culture on an individual's occupations.  He has supervised over 250 students on fieldwork affiliations and has received two awards for fieldwork supervision.  He has presented about mental health recovery on state, national, and international platforms. He currently serves as board secretary for Connetquot Cares, a non-profit organization currently being established to address substance abuse and mental health via partnering the community and the school district.

Sponsor Disclosure: This Course is presented by OccupationalTherapy.com.

Login and logout times will be recorded and documented.

Passing an online exam and completing a course evaluation will be required to earn continuing education credit.

To participate in the course, complete the exam and course evaluation, and earn continuing education credit, you must be a OccupationalTherapy.com member. Participants must complete the entire course; partial credit is not allowed.

OccupationalTherapy.com is committed to ensuring accessibility to the widest possible audience. We are continually improving the user experience for everyone. If you have questions, requests, or would like to report an accessibility-related issue, please email accessibility@continued.com. We will review your request and respond in a timely manner.

OccupationalTherapy.com is an AOTA Approved Provider of professional development, #7659. This distance learning - independent course is offered at 0.1 CEUs (Introductory level, Category 1: Domain of OT - Client Factors Area). The assignment of AOTA CEUs does not imply endorsement of specific course content, products, or clinical procedures by AOTA.

continued, LLC, DBA OccupationalTherapy.com, is accredited by the International Association for Continuing Education and Training (IACET). continued complies with the ANSI/IACET Standard, which is recognized internationally as a standard of excellence in instructional practices. As a result of this accreditation, continued is authorized to issue the IACET CEU. continued, LLC, is authorized by IACET to offer 0.1 CEUs for this program.

OccupationalTherapy.com is a NBCOT® Professional Development Provider. This course is offered for 1.25 NBCOT PDUs (Beginner level, Mental Health Area). NBCOT® is a registered trademark of The National Board for Certification in Occupational Therapy, Inc.