This presentation will build on the foundational information provided in Part I. It provides the learner with specific information on the evaluation and treatment of the congenital hand patient and the unique challenges this brings to the Occupational Therapist. Explore functional issues unique to this population and OT interventions that may assist in improving their abilities.

Please note: This course is also offered in a series of recordings titled "Series: The Pediatric Hand", course 2624 which is offered for AOTA/0.2 and NBCOT/2.5.

This course is part of the “Hand and Upper Extremity Review Series.”

This course is part of our Hand Therapy Review Series. This content would fall under the "Specialty Topics in Upper Extremity Rehabilitation" topic area for the CHT examination. 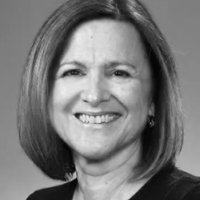 Valeri is an occupational therapist with over 30 years of experience in a variety of settings, with the last 8 being in an exclusive pediatric hand therapy setting. She received a BS in OT from Indiana University, and an MS in Community Health from The University of Kansas. Valeri has been a Certified hand Therapist since 1994. In addition to working in clinical settings, Valeri’s experience includes over 15 years teaching at the graduate level for occupational therapy programs in the Midwest. She has provided professional presentations and lectures both nationally and internationally for therapists on a variety of therapy topics. For the past six years, she was on the faculty of the CHT test prep course for ASHT. Valeri is an active member in a pediatric hand surgeon and therapist special interest group.  She is involved in research projects regarding pediatric orthopedic care, and has published results.  She was co-author of a pediatric hand therapy protocol book.  She was implemental in the development and execution of Hand Camp, a camp for children with upper limb differences. Her special interest areas of practice include splinting for orthopedic populations, children with arthrogryposis and congenital hand differences.

Handouts are available for this course.

Login and logout times will be recorded and documented.
Passing an online exam will be required to earn continuing education credit.

To participate in the course, complete the exam, and earn continuing education credit, you must be a OccupationalTherapy.com member. Participants must complete the entire course; partial credit is not allowed.

OccupationalTherapy.com is committed to providing equal opportunities in accordance with all applicable laws. If you are in need of a disability-related accommodation, please contact customerservice@occupationaltherapy.com. We will review your request and respond in a timely manner. Please note that we will require a minimum of 2 weeks to provide a reasonable accommodation for your request.

continued, LLC, DBA OccupationalTherapy.com, is accredited by the International Association for Continuing Education and Training (IACET). continued complies with the ANSI/IACET Standard, which is recognized internationally as a standard of excellence in instructional practices. As a result of this accreditation, continued is authorized to issue the IACET CEU. continued, LLC, is authorized by IACET to offer 0.1 CEUs for this program.

OccupationalTherapy.com is a NBCOT® Professional Development Provider. This course is offered for 1.25 NBCOT PDUs (Intermediate level, Pediatrics Area). NBCOT® is a registered trademark of The National Board for Certification in Occupational Therapy, Inc.