Introduction to the Therapeutic Use of Yoga

Introduction to the Therapeutic Use of Yoga

Yoga is an ancient Indian science of health which dates back more than 5000 years. The word yoga comes from the Sanskrit term jouge which means to unite or to integrate, to yoke or to bind. It is the bringing together. The ancient yogis had a belief that in order for man to be healthy and in harmony with himself and his environment he has to be able to integrate the body, the mind and the spirit. Occupational therapists and yoga to me just go hand in hand. It is what we live, it is what we are trained to do, bringing into union all aspects of the self. In 2007 the National Center for Complementary and Integrative Health completed a study which revealed that 6% of adults used yoga for health purposes, and it was the third most commonly used complementary and integrative health approach.

In 2012 Yoga Journal performed a study called Yoga in America. It showed a marked increase of 8.7% of adults utilizing yoga in America. If we look at that since between 2007 and 2012, the use of yoga has grown. We can assume that between 2012 and 2015 it has grown exponentially. We can also assume the most of our clients at this point have had greater exposure to yoga and it has become a common household word.

Yoga has been designated as a CAM according to the American Occupational Therapy Association Position Paper. It can be used in the delivery of occupational therapy services as a preparatory activity to improve our clients’ ability to engage in their daily life occupations. This is the why it is possible for us to use yoga consistently in our treatment. I know so many times in our practice we get bogged down with the same old routines. Yoga can be a great outlet for bringing in some new creativity and some change in the therapy you are already doing.

What is Yoga Therapy?

What is yoga therapy? According to the International Association of Yoga Therapists yoga therapy is the process of empowering individuals to progress toward improved health and well-being through the application of the philosophy and the practice of yoga. What is the philosophy behind yoga? That is what this workshop is going to explore. We are going to go a little deeper beyond just what the postures are, although we will be looking at postures too. Founded in 1989 the IAYT promotes yoga as a healing art and science. In 2012 educational standards for the training of yoga therapists were established, and in 2013 accreditation of yoga therapy training programs were put into place. 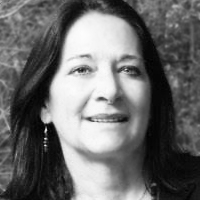 Catherine McDowell has been an Occupational Therapist for over 20 years. After many years in the field of Occupational Therapy, first as a COTA, then OTR, becoming Director of Occupational Therapy at a nationally recognized United Cerebral Palsy program. Catherine took some time to explore a number of other health-related fields, becoming a Licensed Massage & Bodywork Therapist, Yoga Therapist, RYT500/ E-RYT200 Yoga Alliance teacher, and Certified Holistic Health Practitioner. Catherine is currently the Executive Director of June10 inc; a new concept in long-term residential substance abuse treatment program, which serves women, pregnant women and women with infants, she is also the Health & Wellness Coordinator at Pavillon By the Sea an IOP for substance use disorder. She has been appointed to the Governor’s Counsel for Women.

1 https://www.occupationaltherapy.com/ot-ceus/course/perspectives-on-yoga-inputs-in-4182 Perspectives on Yoga Inputs in the Management of Chronic Pain Chronic pain triggers changes in brain structure that are linked to depression, anxiety, and impaired cognitive function. New research shows that practicing yoga has the opposite effect on the brain and can relieve chronic pain. auditory, textual, visual

Perspectives on Yoga Inputs in the Management of Chronic Pain

Benefits of Infant Massage for Both Child and Caregiver

5 1063
1063 Reviews
AOTA/0.1 Introductory, OT Service Delivery; CE Broker/1.0 Home Study, General (FL), Patient Related (AL), General Continuing Education (GA), Direct Client/patient Services In Occupational Therapy (SC), Related To OT (AZ), Related To OT (LA), Directly Related To OT (MS), Directly Related To OT (TN), CE Broker #20-595228; IACET/0.1; NBCOT PDUs/1.25 Beginner, Pediatrics
View CEUs/Hours Offered
This introduction to Infant Massage will encompass setting the environment, initiating sessions and basic strokes. It will include an exploration of the benefits of Infant Massage for both child and caregiver.
Course Details
5 https://www.occupationaltherapy.com/ot-ceus/course/yoga-therapy-for-copd-3254 Yoga Therapy for COPD This course provides an introduction to the use of yoga as an intervention tool for the treatment of COPD. An exploration of the benefits of yoga, it’s impacts on lung capacity and breathing. A look at how yoga is utilized as part of an Occupational Therapy treatment program. auditory, textual, visual