Noninvasive Brain Stimulation for the Treatment of Post-Stroke Neglect

Noninvasive Brain Stimulation for the Treatment of Post-Stroke Neglect

Noninvasive brain stimulation has been in existence for a long time, but only in the past few years has it been applied to neglect. It has mostly been used in the areas of mental health and motor function. Today, we will be discussing the exciting research that is emerging in this area.

As early as 43 A.D., people have been using electricity to address a variety of health issues. In those days, they did not possess the equipment or the knowledge that we have now. As such, they would take electric torpedo fish and use the electricity they emitted for pain relief. They would apply it directly onto someone's head, if they had migraines. If a person had pain in their arms, feet or hands, they would immerse that particular body part in a bin of water filled with these fish as a means to relieve their pain. This is the earliest recorded history documenting the use of TMS (Transcranial Magnetic Stimulation). This method was continued throughout the 11th century. At one point, they started using electric catfish. They would apply the fish to the frontal bone of patients to try and cure epilepsy. Interesting these medical practices occurred before we had access to modern technology.

Luigi Galvani was the pioneer of electrophysiology. He was the first to discover the existence of electricity in animal tissue. He is known for electrical stimulation experiments that he performed on frogs. Galvani would apply the electrical stimulation, either to the frogs’ muscles directly or to the spinal nerves. Today, it seems obvious that if you stimulate the muscle of the spinal nerve, you are going to get a muscle contraction. Back then, they thought that electricity was outside the nervous system. Galvani was the first to discover that there is electrical activity inside the nervous system. Thus, it was referred to as "galvanism," which gave rise to the modern stimulation techniques that we know today.

Giovanni Aldini (Galvani’s nephew) came along shortly after Galvani. Aldini was interested in galvanism, trying to continue the work of his uncle. Galvani had been stimulating the muscles with the spinal nerves; Aldini was the first to use what Galvani had learned and applied it directly to the human cortex. As gruesome and horrible as it sounds today, at that time, beheadings and executions were commonplace. Townspeople would come and observe these executions, like a spectator sport or a community event. Aldini would go into the town square after an execution and perform shows for the townspeople. He would stimulate the cortex of the decapitated heads, resulting in facial grimaces, and causing them to open their eyes. The townspeople were horrified by this, but at the same time, he drew huge crowds. Later, we discovered that the kind of stimulation he was applying to the cortex was not sufficient to cause muscle contraction. He did not know at the time, but he was stimulating the facial muscles directly. Even so, it still laid the groundwork for modern brain stimulation. The book “Frankenstein” (written by Mary Shelley) was directly inspired by these shows in the town square. Shelley’s quote after witnessing Aldini’s work was, "Perhaps a corpse could be reanimated. Galvanism has shown such things."

This was the first demonstration which ultimately set the groundwork for what we know today as electroconvulsive therapy in patients with mental disorders. Unfortunately, although he was a pioneer in this area, Aldini’s stage shows cast a negative shadow over electrical stimulation experiments. People viewed him as a circus act, or a snake oil salesman – they did not believe his experiments had any validity. As a result, his work was largely ignored for hundreds of years.

Throughout the 19th century, methods became more refined and grew to more closely resemble what we know today as modern brain stimulation. In 1882, Sciamma stimulated the exposed dura mater and he was able to cause muscle contraction in the upper extremities. This is significant because he was able to draw a partial motor map from this work, which we know is important to modern imaging (EEG). Between 1884 to 1886, Alberti elicited upper and lower extremity responses on patients with exposed frontal and parietal lobes, thereby enabling him to further illustrate these motor maps. Finally, in 1980, Merton and Morton developed more of a modern clinical version, where they were able to stimulate the motor and visual cortexes. The problem, however, was that their machinery was not quite as advanced as it needed to be. Pain was very strong for participants because they were using a certain kind of scalp electrode that was uncomfortable with strong levels of stimulation.

The two kinds that we will focus on today are transcranial direct-current stimulation (tDCS) and transcranial magnetic stimulation (TMS). The basic difference is that tDCS is facilitated by electrodes that are placed on the scalp, which send electric currents into the brain. TMS uses a large coil of wire held next to the head that generates a magnetic field to trigger those electric currents. We will go into more detail later about each of these.

For the purposes of this presentation, I wanted to give a broad overview of neglect in order to set the stage in terms of applying brain stimulation to neglect. We are not going to go into great detail about what goes on with neglect, but I wanted to give a basis. 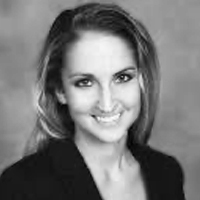 Heather Tanksley Peters is a licensed occupational therapist and Ph.D. student at The Ohio State University. Currently working in the B.R.A.I.N lab as a graduate research associate, her primary area of interest is developing and testing interventions that improve quality of life in stroke survivors. Specifically, her primary research area of emphasis is examining the effect of non-invasive brain stimulation combined with occupational therapy (Functional Brain Stimulation™) on improving arm and hand function as well as other post-stroke deficits in survivors of stroke. Heather has also engaged in research and/or published in the topics of mental practice, outcome measurement validity and portable upper extremity robotics.

1 https://www.occupationaltherapy.com/ot-ceus/course/generating-data-to-develop-occupational-4271 Generating Data to Develop an Occupational Profile This course will provide an overview of a process that can be used to systematically develop an occupational profile using an occupation theory as the guide. Tools linked to the theory will be introduced while the main concepts of the theory will be reviewed and applied through integrated learning activities. textual, visual

4 507
507 Reviews
AOTA/0.1 Introductory, Category 2: Occupational Therapy Process - Evaluation; CE Broker/1.0 Home Study, General (FL), Patient Related (AL), General Continuing Education (GA), Direct Client/patient Services In Occupational Therapy (SC), Related To OT (AZ), Related To OT (LA), Directly Related To OT (MS), Directly Related To OT (TN), CE Broker #20-726668; IACET/0.1; NBCOT PDUs/1.25 Beginner, Education And/or Research
View CEUs/Hours Offered
This course will provide an overview of a process that can be used to systematically develop an occupational profile using an occupation theory as the guide. Tools linked to the theory will be introduced while the main concepts of the theory will be reviewed and applied through integrated learning activities.
Course Details
2 https://www.occupationaltherapy.com/ot-ceus/course/electrical-stimulation-for-recovery-function-3840 Electrical Stimulation for Recovery of Function in Neurorehabilitation This course will describe the different mechanisms of action for electrical stimulation to restore function in patients with neurological dysfunction. Using case studies and best evidence, participants will learn how to design and execute interventions with electrical stimulation useful in neurorehabiliation. auditory, textual, visual

Electrical Stimulation for Recovery of Function in Neurorehabilitation

AOTA/0.1 Introductory, Foundational Knowledge, 04786; CE Broker/1.0 General (FL), Patient Related (AL), Related To Direct Hands-On Patient Care (GA), Direct Client/patient Services In Occupational Therapy (SC), Related To OT (AZ), Related To OT (LA), Directly Related To OT (MS), Directly Related To OT (TN), CE Broker #20-918179; IACET/0.1; NBCOT PDUs/1.25 Beginner, Education And/or Research
View CEUs/Hours Offered
As a person with a disability and an occupational therapist, I have a unique perspective of living in two worlds. In this course, I will share my personal experience and things I wish healthcare providers knew and understood about living with a disability.
Course Details
5 https://www.occupationaltherapy.com/ot-ceus/course/recommendations-for-preventing-and-managing-3585 Recommendations For Preventing And Managing Mechanical Low Back Pain With Occupational Therapy Clients This course will review neuromusculoskeletal anatomy of the spinal column with a specific emphasis on the lumbar spine region. Screening, evaluation, and intervention techniques for managing low back pain will be provided as will recommendations for activity modification and injury prevention. auditory, textual, visual