Why do we care about assessing cognition as OTs? Isn't that a speech-language pathologist's job?

When we look at cognition, it is associated with a threefold increase for mortality. Patients with cognitive dysfunction are three times more likely to die than patients without cognitive dysfunction. These are patients with poor safety awareness and memory. They might be leaving the stove on. Driving is also a huge deal in occupational therapy right now. Many patients, who have some type of cognitive deficit, may be getting behind the wheel and driving. I have had a patient who burnt down his house because he put a bunch of dog blankets beside a space heater. Unfortunately, these are happening on a pretty regular basis. Whether or not they are letting us know about these things is another story.

Cognitive dysfunction is also associated with decreased ADL and IADL function. They are not going to catch on to things right away. These are the patients that may have trouble counting their exercises. How many times have you had a patient where you set them up on an activity, and when you ask them how many times they have done it, they have no idea. This is not necessarily because they are not counting. Many times, they have decreased divided attention and are only able to attend to one thing at a time. These are the folks that might need a longer-term rehab in order to be able to function at the level to be safe to return to home or return to that next level of care.

Cognition is also associated with major depression and negative affect and anxiety. This is huge because a lot of these patients with acquired brain injury already might have depression, a negative affect, and anxiety because of everything that has happened to them. Then, when you add on a cognitive deficit, especially when it is someone who had a high-level job at a bank or was a physician or a nurse as examples, this can be especially upsetting. We talk about these patients as the "walking wounded." They look great, but everything is falling apart internally, and maybe not even to the point where other people can see it from a conversational standpoint. But, when you start to talk to these people and get them engaged in a novel or new activity, you are really going to be able to identify these deficits. These patients become almost hyper-aware which also increases their depression. 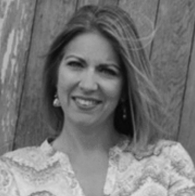 Angela Reimer, OTD, MOT, OTR, CBIST is a registered and licensed occupational therapist with over twelve years of clinical experience focusing on geriatric and neurologically impaired populations. Ms. Reimer is a member of the National Stroke Association, the American Society of Neurorehabilitation (ASNR) and the American Congress of Rehabilitation Medicine (ACRM). Ms. Reimer has become known for incorporating occupation based strategies into the treatment of patient populations affected by stroke and other neurologic diagnosis. Ms. Reimer is co-director and speaker for the highly rated Certified Stroke Rehabilitation Specialist workshops: the field's only stroke certification for physical and occupational therapists. Ms. Reimer unique combination of education, experience and passion translates into highly innovative and effective rehabilitation solutions. Ms. Reimer received her Doctoral degree in occupational therapy from Indiana University and works closely with the National Stroke Association providing evidence based stroke rehab education to therapists across the country.

Is it Sensory or Behavior? Understanding Challenging Behavior