What Causes Nocturnal Enuresis Or Bedwetting?

What causes nocturnal enuresis or bedwetting?

The term nocturnal enuresis is another way of saying bedwetting. Frequently, it is associated with family history. Kids are really embarrassed and upset about bedwetting. I tell them that it is not their fault. We also want to make sure that they are not being punished for bedwetting. Typically, their parents were bedwetters. In fact, the rates jump to 44 to 77% if one or both parents were bedwetters. You want to make sure that they know that they are not the only person in the world that is having this issue as it is very prevalent.

Bedwetting can be related to sleep disorders. Many parents report that their kids are deep sleepers, and they are hard to get up in the mornings. Some people think it is psychological and there is stress in the home. Is that the cause or the effect of what is going on? Genetics can also play a part in this. There are some studies that say endocrine dysfunction can lead to this or a maturational delay of bladder development. The number one reason for issues with bladder and bowel function is constipation. There can also be other things like overactive bladders, urinary tract infections, or diabetes.

With bedwetting, you can see an increase in detrusor (bladder) contractions and a decrease in pelvic floor activity. Remember, this is the base of the bladder (like a balloon) that is less active when you are sleeping. If the bladder is contracting on its own, then it can have issues with leakage during the night. Adults with a lot of urine leakage during the night often have sleep apnea. There is a big correlation between sleep apnea and nocturia, which is getting up at night to go to the bathroom. Sleep studies show enuretic children are deep sleepers, and they are tough to arouse. Many of these kids can also have high urine production during sleep. This is why want to monitor what they are drinking after dinner.

Many people start potty training at two years old. Sometimes, physiologically, children's bodies are not quite ready. Girls typically stay dry by 6 and boys by age seven. And by age 10, 95% of children are dry at night.

There are many treatments like bedwetting alarms. There is a resource called bedwettingstore.com, and they carry these. While there are many doctors that support this, many do not. There is a little clip that you can put on their underwear and the alarm is on their shoulder. If they wet in the middle of the night, the sensor and the underwear will turn this alarm on. Although this alarm is loud, sometimes it does not wake the child. Some have vibration as an option to help wake them. Typically, the parent will hear the alarm so they can wake the child to finish going to the restroom.

Waking up a child all night long or every two hours is going to disrupt both the child's and parents' sleep, and it is not physiologically when the child is supposed to be going. The alarm teaches the child physiologically when they are supposed to be going to the bathroom. It does take a lot of work, sometimes three to six months; however, there is good research saying it is effective.

There are also medications that kids can take. Desmopressin is one. There is a surgery called urethral dilation, but I am not a fan. That was more in the past, and we are not doing that as much. Lastly, there are behavioral treatments, like biofeedback.​ 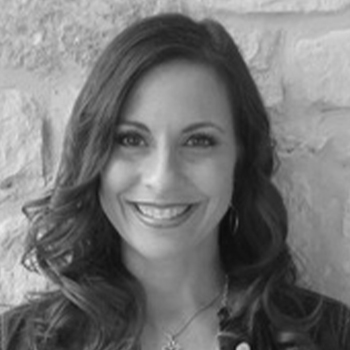 Tiffany holds a Bachelor of Science degree in Occupational Therapy from the University of Texas Medical Branch, and a Masters of Arts in Health Services Management from Webster University. She has worked as an occupational therapist and a manager in a variety of rehabilitation settings for the past 25 years. In 1996 she began specializing in the treatment of neurological disorders utilizing surface EMG biofeedback. She received her training at the University of Miami under the direction of Dr. Bernard Brucker, a world-renowned rehabilitation psychologist.

In 1997 she became the Director of Florida Hospital’s Biofeedback Clinic in Orlando, Florida. Her biofeedback clinic specialized in treating neurological conditions (CVA, TBI, CP, and SCI), and facial paralysis. In 2004, she received her board certification in Pelvic Muscle Dysfunction from the Biofeedback Certification International Alliance (BCIA). In 2018 she received her PRPC (Pelvic Rehabilitation Practitioner Certification) through Herman and Wallace Institute. She is the owner of a continuing education company, BiofeedbackTraining and Incontinence Solutions (www.pelvicfloorbiofeedback.com), and has a private practice in San Marcos, Texas exclusively dedicated to the treatment of urinary and fecal incontinence, and pelvic floor disorders. She is on faculty at Herman and Wallace Pelvic Rehabilitation Institute. She also offers clinical consultation, training workshops, and mentors health care professionals working toward their BCIA certification.

1 https://www.occupationaltherapy.com/ot-ceus/course/incontinence-home-program-to-stop-5384 Incontinence: A Home Program to Stop Leaks and Teach Healthy Bladder and Bowel Habits Millions of Americans are negatively impacted by bladder dysfunction. This course discusses the OT’s role in treating incontinence, bladder urgency, and nocturia. It also summarizes treatment applications, practical strategies, successful home programs, and how to become board certified in this specialty field. auditory, textual, visual

5 1104
'A wealth of information very well-presented'   Read Reviews
AOTA/0.1 Introductory, Category 1: Domain Of OT - Client Factors; CE Broker/1.0 Home Study, General (FL), Patient Related (AL), General Continuing Education (GA), Direct Client/patient Services In Occupational Therapy (SC), Related To OT (AZ), Related To OT (LA), Directly Related To OT (MS), Directly Related To OT (TN), CE Broker #20-777558; IACET/0.1; NBCOT PDUs/1.25 Beginner, Rehabilitation
View CEUs/Hours Offered
Millions of Americans are negatively impacted by bladder and bowel incontinence and pelvic pain. You will learn about the OT’s role, different diagnoses, treatment applications, practical strategies, and how to become board certified in this specialty field. This course will focus on the pelvic pain disorders. This is Part 3 of a 3-part series on Women's Health.
Course Details
5 https://www.occupationaltherapy.com/ot-ceus/course/nuts-and-bolts-pelvic-muscle-5530 The Nuts and Bolts of Pelvic Muscle Rehab Pre and Post Prostatectomy Prostatectomy is the most common surgery for men with prostate cancer, and many men may experience urinary incontinence and sexual dysfunction as a result. This introductory course will be a wealth of information about the prevalence of pelvic issues after surgery, as well as the evidence we have that supports interventions, before and after surgery. auditory, textual, visual