Clear objectives and explicit communication are important to the success of any   program, and even more so in these times of rapid and dramatic change. As occupational therapists, we strive to create meaningful change in our patients’ lives utilizing services that are skilled and reimbursable, while also ensuring utmost efficiency and productivity. This is no easy task; it requires continual assessment of our outcomes, which is impossible if our methods are vague or ambiguous. Unless a clinician can accurately identify and measure the changes associated with treatment, it is difficult to ensure good use of resources and reproducibility of results. It is also important that our services are considered necessary and effective for reimbursement purposes. It is therefore imperative that our evaluations and treatment techniques are clear, measurable, and easily interpretable for insurance carriers.

Effective communication between patient and therapist is also crucial for achieving satisfactory outcomes. Do our patients truly understand the treatment process? Are we providing the patient with sufficient feedback to encourage involvement or do our methods encourage dependency on the therapist? Patient engagement is important for retention of gains made during therapy. It ensures that the patient is not a subject, but a partner, one who is involved in every step of the healing process.

Frequent organizational changes and high turnover of staff, common features of most rehabilitation settings, lead to complex changes for everyone involved. In these situations, use of subjective methods that cannot be clearly communicated among clinicians can be demoralizing and a hindrance in the path to achieving treatment goals.

Utilizing practices and tools that provide the patient with adequate feedback and can be clearly communicated among clinicians and insurance carriers is therefore essential. One such tool is biofeedback, a widely recognized mind and body practice under complementary health approaches.

Biofeedback involves use of instruments to convert otherwise involuntary physiological events into signals that can be manipulated for the purpose of achieving a desired outcome (Figure 1). 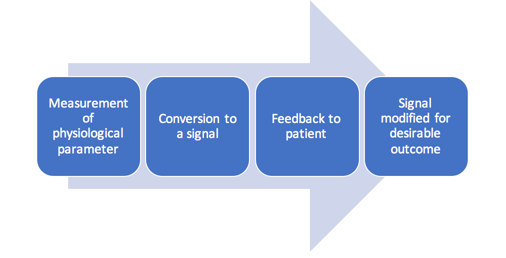 Some of the common types of biofeedback are:

This article describes the use of EMG biofeedback and its applications in rehabilitation based on current evidence.

SEMG is a safe, non-invasive tool that provides an objective display of neuromuscular activity, which can be used to assess the success of treatment techniques and assist in further enhancement of appropriate strategies. Feedback provided by SEMG improves patient learning and confidence in the process. It also improves communication among patients, clinicians, and insurance carriers.

The source of the SEMG signal is the motor unit action potential. During a muscle contraction, motor units are activated in an asynchronous pattern and give off action potentials. This energy reaches the skin, is sensed by the electrode, and passes through the process of differential amplification and common mode rejection. It is then filtered to reduce artifacts and is finally displayed as a visual signal or an auditory tone (Basmajian, 1989; Cram, Kasman, & Holtz, 2005) (Figure 2).

Static evaluation assesses the resting tone of the muscle, thereby providing an objective measurement of hyperactivity or muscle spasm. Dynamic assessment provides the practitioner with information on muscle energy use during a movement pattern (Basmajian, 1989; Cram et al., 2005; Schwartz, 1995). 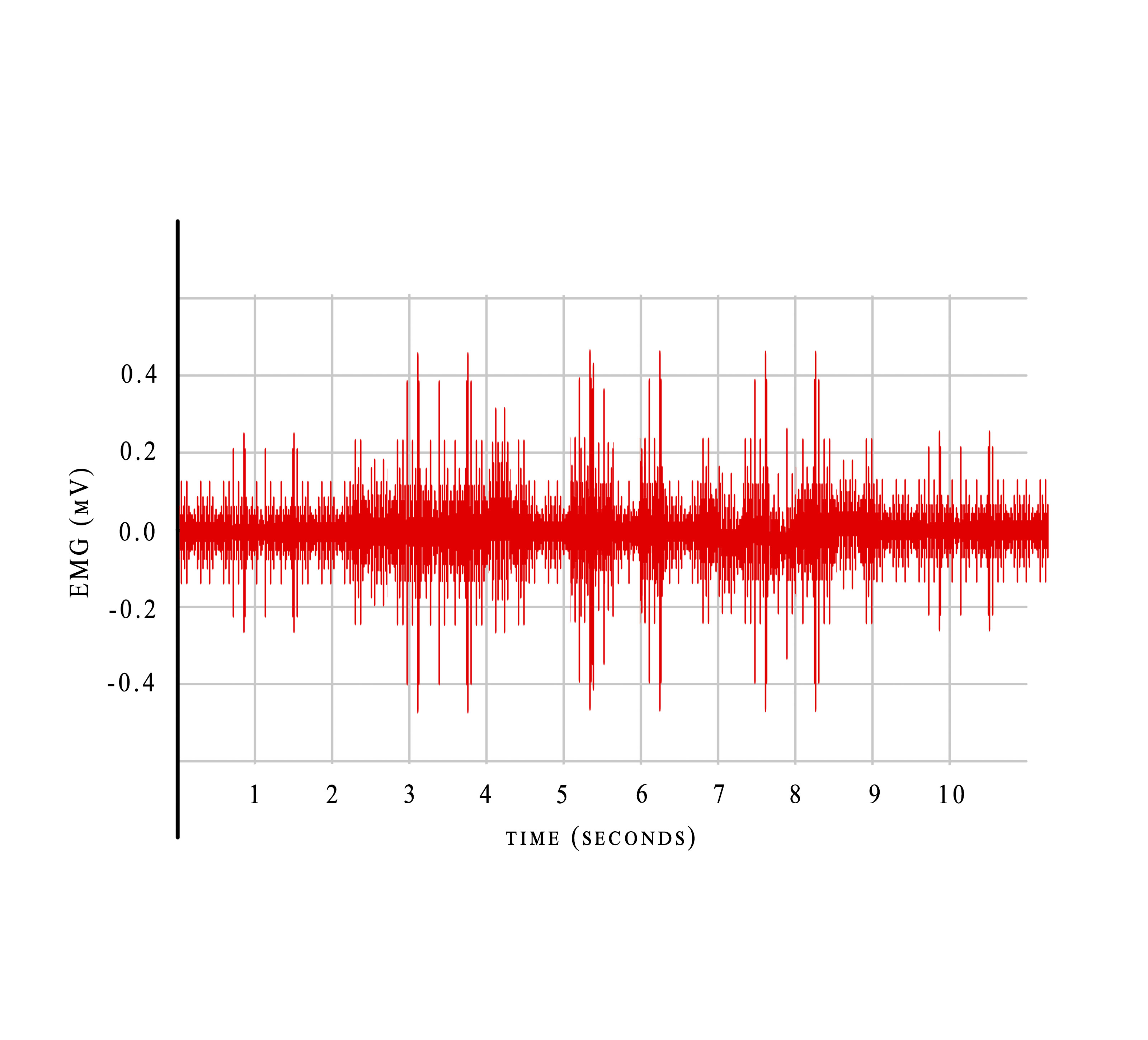 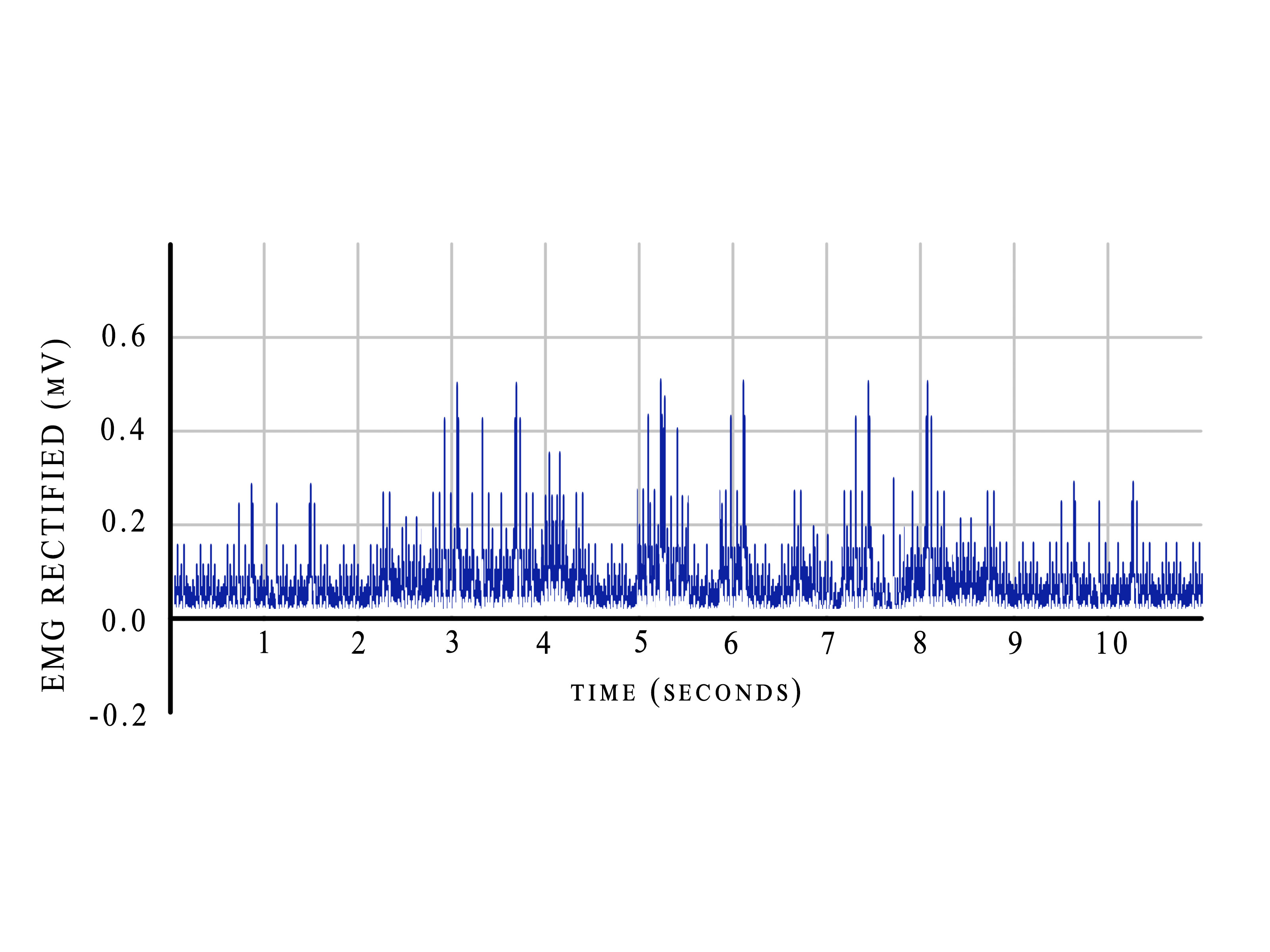 There is a wide variety of biofeedback devices available, both stand-alone and computerized systems, ranging from a few hundred to thousands of dollars in price.  Several factors need to be taken into consideration when selecting the correct biofeedback device. These are:

Figure 5 shows an 8-channel system, with 2 channels for viewing raw EMG, EEG, and EKG signals. The remaining 6 channels can be used with any combination of sensors, including EEG, EKG, RMS EMG, skin conductance, heart rate, blood volume pulse, respiration, goniometry, force, and voltage input. It can capture data in real time by connecting directly to the PC via fiber-optic cable, or it can store data on a Compact Flash memory card for uploading later to the PC.

Figure 6 shows a 2-channel stand-alone SEMG monitor that allows measuring and monitoring 2 channels of high-resolution SEMG in a large number of configurations.

Figure 8 shows silver/silver chloride (Ag/AgCl) - electrode pellets (approx. 8 mm in size) for SEMG or EEG and for use with any standard snap cable (Bio-medical instruments, 2017). 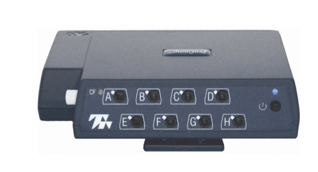 It is important that the clinician is knowledgeable of the electronic specifications of the various EMG devices available. A discussion of these specifications is beyond the scope of this article, but is available in detail in most books on biofeedback (Basmajian, 1989; Cram et al. 2005; Schwartz, 1995).

An important limitation of SEMG lies in its specificity secondary to “cross-talk”, where the recording may be mixed with energy from the surrounding muscles. Selection of the most specific electrode sites helps diminish the cross-talk and isolate the recording to the target muscle group. Clinicians can learn more about these specific sites from available guides (Basmajian, 1989; Cram et al., 2005).

Biofeedback has been found to be effective in dysfunctional voiding in children. Dysfunctional voiding is characterized by urinary incontinence, recurrent urinary tract infections (UTI), and nocturnal enuresis in children. It is associated with dyssynergic sphincter activity that is unrelated to neurological or structural etiology. In a recent study of 45 children (34 girls, 11 boys; age range 5-15 years) with dysfunctional voiding, the patients were first treated with standard urotherapy, and the changes in symptoms were recorded. They were then treated with 6-10 sessions of biofeedback, which involved use of a video game that makes patients move objects on the screen by flexing their pelvic floor muscles.  EMG electrodes were placed on both sides of the perineum and on the rectus muscle to measure abdominal muscle activity. Patients were also given home exercises. Combined urotherapy and biofeedback treatment was found to be significantly more effective than standard urotherapy alone in decreasing urinary incontinence, UTI occurrence, and post-void residual urine volume; it was also found to be more effective in correcting voiding patterns (Altunkol et al., 2018).

EMG biofeedback-assisted pelvic floor muscle therapy was also found to be effective in decreasing symptoms of the overactive bladder syndrome in women in another RCT (Voorham et al., 2016).

SEMG-assisted biofeedback stretching has also been shown to improve the flexion-relaxation response, which is impaired in individuals with chronic low back pain (Moore, Mannion, & Moran, 2015; Neblett, Mayer, Brede, & Gatchel, 2010).

A recent meta-analysis and systematic review of RCTs assessed the efficacy of EMG- and EEG-biofeedback in fibromyalgia syndrome. It included 7 studies (321 patients) on EEG biofeedback and EMG biofeedback. The mean age range of the participants was 32–57 years. The participants were predominantly female and white. The number of sessions varied between 6 and 22 sessions and the length of sessions varied between 30 minutes and 3 hours. The analysis revealed that only EMG biofeedback and not EEG biofeedback significantly reduced (short-term) pain intensity in comparison to that seen in the control group.

However, the long-term effects of EMG biofeedback on pain intensity are unclear due to the small number of studies that included follow-up assessments. Additionally, biofeedback did not reduce sleep problems, depression, fatigue, or health-related quality of life (QOL) in comparison to the control group (Glombiewski, Bernardy, & Häuser, 2013).

In a recent study of 30 patients with stroke of disease duration longer than 6 months, those receiving intensive EMG biofeedback showed more significant upper extremity functional recovery than those who received only traditional rehabilitation therapy (Kim, 2017).

Lourenção, Battistella, Brito, Tsukimoto, and Miyazaki (2008), in their study of 59 patients with stroke, concluded that those receiving EMG biofeedback demonstrated significantly greater improvement in range of motion and recovery of upper extremity function than those receiving only occupational therapy and functional electrical stimulation.

However, in a preliminary clinical trial conducted on 30 patients with stroke, neurofeedback and EMG biofeedback therapy were not found to be superior than conventional occupational therapy for improving hand function in stroke patients (Rayegani et al., 2014). 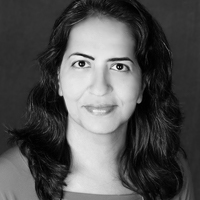 Sindhu Narayan is an occupational therapist, a registered yoga teacher, and a freelance writer. In her 15 years of clinical experience, she has worked in a variety of settings and currently provides OT services in assisted living and memory care facilities. She is passionate about exploring current scientific evidence on complementary and alternative medicine and integrating these approaches with traditional occupational therapy. Sindhu has completed over 200 hours of didactic and practical biofeedback training. She has previously developed CE courses for occupational therapists and assisted numerous authors in the editorial process for publication in medical journals.

1 https://www.occupationaltherapy.com/ot-ceus/course/meditation-and-neural-mechanisms-cognitive-3315 Meditation and Neural Mechanisms: Cognitive Applications in the Elderly This course discusses various meditation techniques and the neural mechanisms associated with the practice of meditation based on current evidence. Further, it provides an outline for utilizing meditation as a therapeutic OT intervention in the elderly with cognitive dysfunction. auditory, textual, visual

Meditation and Neural Mechanisms: Cognitive Applications in the Elderly

Complementary and Alternative Practices in Patients with Rheumatoid Arthritis and Osteoarthritis: An Integrated Approach

Electrical Stimulation for Recovery of Function in Neurorehabilitation