What is the Concept of Occupational Deprivation in Relation to Incarceration?

What is the concept of occupational deprivation in relation to incarceration?

I would like to look at the effects of occupational deprivation, both the incoming effects and the outgoing effects.  I also want to look at the impact on the individual, community, and policy levels.

Families are disrupted by incarceration not surprisingly.  Divorce often happens, family members are disowned by their parents or siblings, and it is highly disruptive to the family unit and structure.  Occasionallly, it can be helpful to the family structure because the behaviors that led the person into prison sometimes get corrected, and they return to the family in a much more positive way.

People lose rights.  They lose voting rights.  There is a wonderful site created by the legal society which has a map of the states that take away voting rights from people who have committed crimes, and sometimes never give them back, or only give them back after a long period of good behavior.  There are also a few states that never take away the right to vote, and people who are in prison can vote.

A criminal record is incredibly stigmatizing.  People who have had a criminal record have more difficulty being employed again.  It is unlikely that they will be able to provide military service, although there are exceptions.  Their credit rating is often affected, if by nothing else than the fact that they did not have any income for the period that they were incarcerated and did not have employment history building.  It can limit their housing choices, particularly if they were incarcerated for a sexual offense and they are labeled as a sexual offender.  There is a huge impact on one’s self-identity and esteem.  It takes a very resilient personality to be able to emerge from prison still with a sense of self intact.

There is a documentary film of prison life called You Don’t Want to Live in My House.  I strongly encourage you to view this.  They show the very clear way the prisoners, mostly in a state penitentiary, talk about their lives in the cell.  The videography is very stark.  It shows the smallness of the rooms, the bare furnishings and the limited occupational opportunities that are presented.  It is a fascinating documentary. 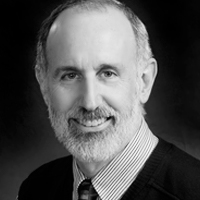 John White has been an occupational therapist since 1978 covering a wide range of practice areas, with his clinical work primarily focused in rehabilitation.  He earned his Masters in OT and Ph.D. in occupational science from the University of Southern California and has been teaching OT at Pacific University since 1992 with a three year period of teaching at Brenau University in Georgia.  John is currently program director and professor at the Pacific University School of OT.  He is a founding member and recent Chair of the Society for the Study of Occupation: USA.  His research has focused on disability rights and advocacy using qualitative methods, particularly the Americans with Disabilities Act and how it is affecting the lives of people who use it to fight employment discrimination, though recently his work relates to OT in criminal justice settings.  He co-wrote a chapter on "OT in Criminal Justice" in a leading text on psychosocial practice.  John loves to share outdoor activities with his family as well as making music with friends.

1 https://www.occupationaltherapy.com/ot-ceus/course/disability-inclusion-what-healthcare-providers-5632 Disability Inclusion: What Healthcare Providers Need To Know As a person with a disability and an occupational therapist, I have a unique perspective of living in two worlds. In this course, I will share my personal experience and things I wish healthcare providers knew and understood about living with a disability. auditory, textual, visual