What Is The Grip Progression In Children?

What is the grip progression in children?

There is grip progression over time, as noted in Figure 1. 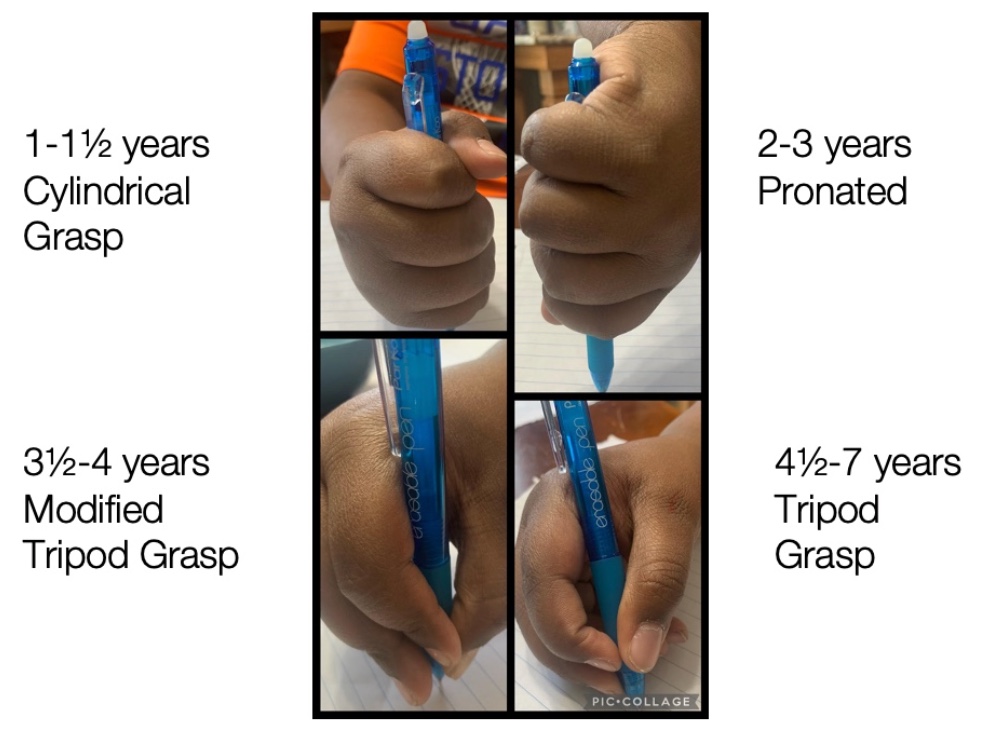 Starting at one to one and a half years, we see a cylindrical grasp or a palmer-type grasp. At two to three years, they move to a pronated grasp. At three and a half it moves to a modified tripod grasp. This looks very different in individuals, but many times, you will see an all finger or a four finger grasp. Finally, around four and a half to seven years, as they are getting into the school, we see more of a tripod grasp, as the intrinsic muscles tend to strengthen. Even though this is my child and an "OT" kid, he still wants to stabilize a little bit with his middle digit. It is still a functional grasp. 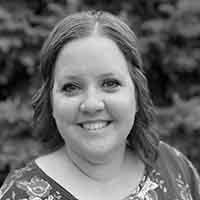 Megan Paben received her master’s degree in occupational therapy at the College of Saint Mary in Omaha Nebraska in 2007.  Megan began her career as a school therapist in rural Nebraska serving several small schools.  After two years in the school setting, Megan transitioned into an outpatient pediatric clinic working with a variety of different diagnoses and worked as the marketing coordinator.  After a couple of years, Megan took over the manager position within the medical clinic.  During this time, she worked in a school within the community as well as worked with the adult population clinic that was connected to her medical clinic.  In 2018, Megan and her family relocated to Colorado where she is an occupational therapist for a growing school district.  In her current position, Megan is the lead motor staff member, she serves 5 center-based classrooms for social communication as well as affective needs.  Megan is a Crisis Prevention Intervention trainer for her district.  She also is an Autism Spectrum Disorders Clinical Specialist.

1 https://www.occupationaltherapy.com/ot-ceus/course/naturally-build-reflex-activities-into-5783 Naturally Build Reflex Activities Into The School Day Participants will identify and review common reflexes and the deficits associated seen in the school setting and learn exercises that can be implemented in the school setting in this introductory course. auditory, textual, visual

Handwriting: It Is A Big Deal

Foundations for School Readiness: Executive Functioning in the Classroom (Day 3)