What life outcomes can students with intellectual and developmental disabilities expect?

What life outcomes can students with intellectual and developmental disabilities expect?

I am very interested in outcomes. Data about postsecondary outcomes in the years right after high school is available through an extensive study called the National Longitudinal Transition Study-2. It's about ten years old now, but it provides a pretty comprehensive snapshot of what postsecondary outcomes look like in the years right after high school. There are also other societal or governmental sources for these types of results.

In the years immediately after high school, people with intellectual and developmental disabilities go into postsecondary education or postsecondary employment at a rate of about 40%. That is much lower than other disability groups, which average about 60% to 70% participation. It's important to note that that number is limited and doesn't include work done by people in the home, like caregivers raising a family in the home. Thus, across the population, the number is closer to about 90% doing productive enterprise in their daily lives. People with intellectual and developmental disabilities completing productive enterprise is at 40% and is much less than that.

While we do see some better numbers in the years immediately after high school, those numbers don't usually go up. Instead, they tend to go down in a slow negative trajectory across a lifespan. Then, if we look at the employment of adults with disabilities, those numbers look much lower.

If we look at census numbers, the American Community Survey, or VR data, there's a lot of variance around those estimates. Still, it's probably closer to about five to 15% of the population of people with intellectual disabilities that maintain employment as adults. I'm particularly interested in optimizing an employment trajectory so that those adulthood outcomes look a bit different.

The consequences of unemployment or under-employment are substantial and will affect the individual and their support system, structure, and socioeconomics. Health and quality of life, connectedness to family and friends, independence, and community transportation are strongly connected to one's employment. 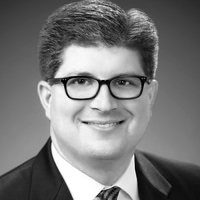 Dr. Andrew (Andy) Persch has 15 years of experience in occupational therapy working with children and adolescents with disabilities and their families in early intervention settings; at all levels of the school system; and in research labs, pediatric specialty clinics, home, and community settings. He is an Assistant Professor of Occupational Therapy at Colorado State University and is the Director of the Transition, Employment, and Technology (TET) Lab. 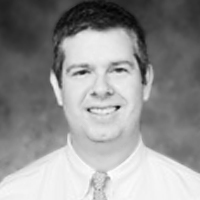 Dr. Dennis Cleary has over 25 years of experience as an occupational therapist.  Dennis’ clinical practice has been primarily with children and adults with intellectual disabilities to encourage their full participation in all aspects of life at home, work, and in the community. He has had faculty positions at The Ohio State University and Indiana University. As a researcher, he has been on teams that have received over seven million dollars in grants from state and federal agencies, including a National Institutes of Health multisite trial of the Vocational Fit Assessment, an age-appropriate transition assessment, which he co-created. He has numerous publications and national and international presentations. Dennis is passionate about increasing the role of Occupational Therapy in transition-age service with the goal of improving outcomes and quality of life for all.

1 https://www.occupationaltherapy.com/ot-ceus/course/continued-learning-podcast-occupational-therapy-5564 Continued Learning Podcast: Occupational Therapy And The Transition To Adulthood And Employment The role of occupational therapy in supporting the transition to adulthood and employment including transition outcomes, barriers to employment, evidence-based assessment and intervention, and resources to support practice will be discussed. This course is part of the Continued Learning Podcast series. auditory

Continued Learning Podcast: Occupational Therapy And The Transition To Adulthood And Employment

4 150
'It was easy to follow and will help with understanding other options for kids who transition out of school age OT'   Read Reviews
AOTA/0.1 Introductory, OT Service Delivery, 04519; CE Broker/1.0 General (FL), Patient Related (AL), General Continuing Education (GA), Direct Client/patient Services In Occupational Therapy (SC), Related To OT (AZ), Related To OT (LA), Directly Related To OT (MS), Directly Related To OT (TN), CE Broker #20-911214; IACET/0.1; NBCOT PDUs/1.25 Beginner, Rehabilitation
View CEUs/Hours Offered
The role of occupational therapy in supporting the transition to adulthood and employment including transition outcomes, barriers to employment, evidence-based assessment and intervention, and resources to support practice will be discussed. This course is part of the Continued Learning Podcast series.
Course Details
2 https://www.occupationaltherapy.com/ot-ceus/course/integrating-extended-reality-xr-with-5596 Continued Learning Podcast: Integrating Extended Reality (XR) With OT Practice Extended reality (XR) technologies and platforms and their support of ADLs and rehabilitation goals will be discussed in this course along with the facilitators and barriers of this treatment. This is part of the Continued Learning Podcast series. auditory