What are positive reinforcement ideas to use with children with autism?

What are positive reinforcement ideas to use with children with autism?

One tip is called the 50% rule for time between reinforcers, because many people will say, “How long should I go before I give them their reinforcer?”  Think about how much time there is in between a behavior.  When you take an 18-month-old that you are trying to teach how to sit in a chair, they might sit in a chair for 10 seconds.  I want to divide that time in half.  I know about every 10 seconds they get up and wander around.  So every 5 seconds, I have to give them a reinforcer.  For one of our little girls, she really liked this ball toy.  She was in her chair for 10 seconds and then she was up wandering around.  I knew every 5 seconds I had to give her a ball.  This increased the duration that she was in her chair.  I really like this 50% rule.  It makes it clearer to me on when and how often I need to give reinforcers.

Also make sure you have a variety of reinforcers.   If you only have one thing that the child likes, you could be in trouble someday, especially for children with autism.  They can wake up one day and not want anything to do that and then you are stuck.  The more reinforcers you have, the better.  If they only like the iPad, think of other things that we could use as reinforcers to vary them.  Limit access to reinforcers at other times of the day.  We have to work with parents a lot on this one, because the iPad can be so easy.  We have to tell parents if we are going to use this as a reinforcer during therapy or during school, we need to try limiting how much they are getting it at home.  If they get the iPad at home all the time, why would they want to do use it when they are at school or when therapy is taking place.

It is better to reinforce in smaller quantities or lengths, than it is to get a big chunk at the end of the day.  I had a school the other day that said if a child was good all day, he got 30 minutes of computer at the end of the day.   I said, “I don’t think I can be good all day.  So let’s make this a little bit more achievable for this child.”  If 30 minutes is what you are okay with him being on the computer, every hour let him work for 5 minutes on the computer.  I would rather see him get 5 minutes of computer every hour for 6 hours than 30 minutes at the end of the day.  It is going to be more effective for him and you are going to see less challenging behaviors.  The other thing it does is it gives you a lot of time to practice transitioning away from the computer.  Often the reason children have trouble transitioning away from these big items, like the computer or the iPad, is that they think they are never going to get it again.  If I only got to be on my phone one time a day for 10 minutes, then when I had to give that up, I would be really anxious about that.  However if I knew I get it throughout the day in smaller chunks of time, I would be less anxious and I would be able to give it up a lot easier.

Someone could tell me they would give me $1 million if I could dunk the basketball.   I would love $1 million dollars, but it is not physically possible for me to dunk the ball.  I will never get that.  It is not that I do not want $1 million and it is not that I will not try, but I am 5 feet 2 inches.  That expectation is even too high for me.  Think about this in your children with autism.  Are we setting this expectation really too high for them?  Do we need to start at a level where they are successful and gradually add to that for them to get their reinforcement, instead of saying the only time you are going to get this M&M is when you urinate on the toilet?   Maybe you should start with giving them an M&M if they touch the bathroom wall.  Then you get it by tapping on the wall and sitting on the toilet for 2 seconds.  How can we gradually make this happen?  Simplify it and then make it harder as we go on.

Editor’s note: This Ask the Expert was adapted from the article "Effective Strategies for Decreasing Challenging Behavior in Individuals with Autism Spectrum Disorders".  The complete article can be accessed here. 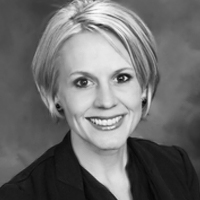 Tara Warwick is an occupational therapist who graduated from the University of Oklahoma Health Sciences Center in 2006 with her Master of Science in Rehab Sciences. She received a Bachelor of Science in Occupational Therapy in 2000 also from the University of Oklahoma Health Sciences Center. She has spent her entire career focusing on improving the quality of services for children, primarily targeting children with autism. She currently owns an Oklahoma pediatric therapy practice called Today’s Therapy Solutions and is a consultant for Project PEAK through the University of Oklahoma Health Sciences Center – Child Study Center. She practices as an occupational therapist in home settings, clinic settings, and school settings. Her specialty includes working with children with autism and challenging behavior.

Five Strategies to Help Students with Autism in the Classroom

What to Teach and How to Teach it: Evidence-based Strategies for Teaching Critical Skills to Children with Autism

This seminar will teach participants effective strategies for teaching children with autism new skills. Participants will increase their understanding of critical skills to target with children with autism. The seminar will walk participants through how to perform a task analysis on these skill and how to teach this skills to children with autism.
Course Details
3 https://www.occupationaltherapy.com/ot-ceus/course/strategies-for-teaching-social-skills-2376 Strategies for Teaching Social Skills Social skills are a vital part of our everyday life. For individuals who struggle with social skills, they can have challenges at home, school, and in community. Therapists often have difficulty breaking down social skills into teachable steps within constantly changing environments. The purpose of this workshop is to help therapists better understand social skills and strategies for teaching social skills that can be generalized to various environments. auditory, textual, visual

Collaborative Consultation: Supporting Students with Autism in the Classroom

4 1878
'This course had some great practical strategies!'   Read Reviews
AOTA/0.1 Intermediate, Category 1: Domain Of OT - Performance Patterns; CE Broker/1.0 Home Study, General (FL), Patient Related (AL), General Continuing Education (GA), Direct Client/patient Services In Occupational Therapy (SC), CE Broker #20-706326; IACET/0.1; IBCCES/1.0; NBCOT PDUs/1.25 Intermediate, Pediatrics
View CEUs/Hours Offered
The purpose of this course is to provide tools and strategies for therapists in supporting inclusive classrooms. The course will incorporate evidence-based classroom supports for students with autism, highlighting Universal Design for Learning.
Course Details
5 https://www.occupationaltherapy.com/ot-ceus/course/evidence-based-strategies-for-teaching-4855 Evidence-Based Strategies for Teaching Children with Autism Critical Skills The purpose of this course is to walk participants through an evidence based process for teaching skills to children with autism. The course will start with identifying what skills to teach, move to how to teach those skills, and end with how to monitor/evaluate progress. auditory, textual, visual

CE Broker/2.0 Live, General (FL), Patient Related (AL), Related To Direct Hands-On Patient Care (GA), Direct Client/patient Services In Occupational Therapy (SC), CE Broker #20-785320; IACET/0.2; NBCOT PDUs/2.5 Intermediate, Pediatrics
View CEUs/Hours Offered
The purpose of this course is to walk participants through an evidence based process for teaching skills to children with autism. The course will start with identifying what skills to teach, move to how to teach those skills, and end with how to monitor/evaluate progress.
Course Details