Dr. Pamela Roberts: The first piece that I will discussing will be risk factors for readmission. I would first like to review some of the literature.

In the acute care hospital, 17.6% of hospital admissions result in readmissions within 30 days and 6% of the readmissions are within seven days. This results in approximately 15 billion in spending. This reference is from the MEDPAC report from 2007, and continues to be a current issue within the Medicare system.

The Dartmouth Atlas Report talked about the "striking variation in 30-day readmission rates across hospital referral regions and academic medical centers."  One of the issues noted was that "early follow-up with clinicians fell short in most regions of the country and at most hospitals." This is important because this can help to prevent readmissions.

There has been a small decline in risk adjusted readmission rates. It is roughly about 0.7% from 2009 to 2001. A more recent report from 2013, by CMS, shows a continued decrease in readmissions.

Rehospitalizations are readmissions for the Medicare Fee-for-Service program. It is interesting to note that half, according to this article by Jenks et al., never saw an outpatient physician, and 70% of surgical readmissions were because of chronic conditions.

Figure 1 shows looks at the readmission rates over 30 days.

Nearly one in five patients is discharged from the hospital and returns within 30 days. Readmission rates vary accordingly according to demographic, social, and disease-related characteristics. There is quite a bit of variability over what occurs for readmissions.

This article states that Medicare identified 2,225 hospitals that will have payments reduced for a year. This began on October 1st, 2012. Eighteen of these hospitals lost 2% of every payment, which was the maximum possible, and others lost 1% of every payment. 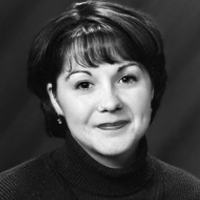 Marla Robinson is the assistant director of inpatient therapy at the University of Chicago Medical Center.  She oversees the day-to-day operations for inpatient acute pediatric and adult acute care hospitals.  Her clinical work is with pediatric and adult acute care burn rehabilitation. She has research interests in burn rehabilitation.  She served on the development committee for the Burn Therapist Certification for the American Burn Association and was part of the first cohort of Burn Therapists-Certified. Marla has served on the Illinois Occupational Therapy Licensure Board as chair and as co-chair of the Chicago Area Council of OT Directors.  Marla has served AOTA in many capacities.  She served on the AOTA Board for Advanced and Specialty Certification as a member and chair, Chair of the Commission of Continuing Competence and Professional Development, AOTA representative for National Quality Forum for Patient-Reported Outcomes, AOTA representative for the Joint Commission Professional Technical Advisory Committee for Hospitals, AOTA representative for Society of Critical Care Medicine Task Force Long Term Consequences of PICs, Fellowship Site Reviewer, Chair of the Taskforce on Mentoring and as co-chair of the Chicago Area Council of OT Directors.

Marla speaks nationally on burn rehabilitation and OTs role in preventing hospital readmissions.  She is passionate about continuing competence and ongoing professional development for occupational therapy practitioners.  She has authored book chapters on continuing competence, leading and managing in healthcare systems, and acute care management of gastrointestinal issues.

Pamela Roberts, PhD, MSHA, OTR/L, SCFES, FAOTA, CPHQ, FNAP, FACRM is the Executive Director in the Office of the Chief Medical Officer and Professor and Executive Director of Physical Medicine and Rehabilitation at Cedars‐Sinai. She is also Sr Director of Quality, Outcomes, and Research at California Rehabilitation Institute.  Dr. Roberts works in interprofessional roles involving operations, quality, education, and research. In these roles, she systematically impacts patient care throughout the continuum. She is the co‐director of the Division of Informatics in the Department of Biomedical Sciences and co‐director of the Clinical Informatics Fellowship program.  In these endeavors, she seeks to advance the development and use of information technology for discovery, education, decision‐making, research, health care delivery and individual academic growth, as well as to catalyze inquiry and discovery across the Cedars‐Sinai enterprise. She also teaches at the University of Southern California and guest lectures at other local universities. She is involved in the National Quality Forum (NQF) in facilitating development of quality measures and All‐Cause Admissions and Readmissions Steering Committee. Other involvement includes:  American Congress of Rehabilitation Medicine as President, Past Chair of the Program Committee and Past‐Chair of the Stroke Interdisciplinary Special Interest Group, American Occupational Therapy Association, American Council of Occupational Therapy Education ACOTE chair, past chair of the California Hospital Association Center for Medical Rehabilitation Services, and past member of the California Hospital Association Board of Trustees and Post‐ Acute Care board. Dr. Roberts has served as principal and co‐investigator on a variety of interprofessional research projects and has provided a variety of workshops and consultations on rehabilitation, quality management, informatics, and health services research topics regionally, nationally, and internationally. Further, her published research focuses on the utilization of large data to influence treatment models and outcomes.

AOTA/0.1 Introductory, Foundational Knowledge, 04786; CE Broker/1.0 General (FL), Patient Related (AL), Related To Direct Hands-On Patient Care (GA), Direct Client/patient Services In Occupational Therapy (SC), Related To OT (AZ), Related To OT (LA), Directly Related To OT (MS), Directly Related To OT (TN), CE Broker #20-918179; IACET/0.1; NBCOT PDUs/1.25 Beginner, Education And/or Research
View CEUs/Hours Offered
As a person with a disability and an occupational therapist, I have a unique perspective of living in two worlds. In this course, I will share my personal experience and things I wish healthcare providers knew and understood about living with a disability.
Course Details
4 https://www.occupationaltherapy.com/ot-ceus/course/fieldwork-and-students-with-disabilities-3332 Fieldwork and Students with Disabilities This course provides information about responsibilities for students with disabilities in fieldwork under the law. It looks at the roles and the responsibilities of faculty, academic institutions, fieldwork educators, fieldwork sites, and students with a disability in the accommodations process. auditory, textual, visual

Fieldwork and Students with Disabilities