What is intimate partner violence or IPV?

What is intimate partner violence or IPV?

​Which is the correct term, domestic violence (DV) or intimate partner violence (IPV)? Domestic violence is probably the most common word, but IPV really has evolved to be more inclusive. IPV involves abuse or aggression that happens between people in an intimate relationship. It can be between spouses, individuals in dating relationships, and former partners or spouses. It is a pattern of behavior used to establish power and control over another person through fear, intimidation, and often threats or the actual use of violence. If we go back to the terms, DV has been around for many years and the connotation is that it is a husband and a wife that are married. However, what we have realized is that the term can create stigma or stereotypes and be very limiting rather than inclusive. Thus, IPV is used to describe any person who is in an intimate partner relationship. IPV is something that we often do not like to talk about. It is something that we tend to keep hidden because of shame, guilt, and fear. Here are some statistics.

Over 43 million women and 38 million men experience psychological aggression by a partner in their lifetime. On average, nearly 20 people per minute are physically abused by an intimate partner in the United States. One in four women and one in 10 men have experienced IPV in their lifetime. One thing to remember is that is often difficult for men to come forward because of gender stereotypes. They often face additional stigma. It is also estimated that 72% of all murder-suicides are because of intimate partner violence, and it accounts for 15% of all violent crimes.

One thing I would like all of you to be mindful of is the importance of using this terminology. My family had the news on just last week, and it talked about a murder/homicide. These were the words that I heard coming from the TV. I looked into it further and sure enough, it was a case about IPV. I used the opportunity to talk with my daughter. I used the words IPV, because if we can name it, then we can provide services to address it. We can look at prevention, talk about it with our family members, and make a difference.

There is a debate that DV is the leading contributor of preventable injury to women between the ages of 15 to 44. Whatever side of the debate you are on, it is important to understand how impactful IPV is on women in this age group. In most IPV cases, the crimes are committed by men, however, men can be victims as well. About 40% of lesbians reported violence by their female partner and 25% of gay men reported being victimized by their male partner. From the years 2006 to 2009, there were about 112,000 visits made to the emergency departments that had a specific code for battering. Think about all those that went unknown, who perhaps were coded only for a fracture, but actually, IPV was at the heart of that injury. 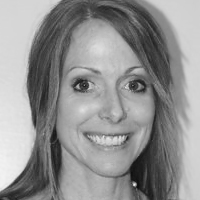 Heather Javaherian is an Associate Professor and Program Director at Loma Linda University. She graduated with her doctorate from Creighton University in 2004. Her research and practice areas include domestic violence, end of life care, primary care, and education. Dr. Javaherian provides pro bono services and supervises Level I and II students in domestic violence settings. She is co-founder of Roots Down, Inc, a non-profit for survivors of domestic violence. Dr. Javaherian has presented at regional, state, and national levels on domestic violence and has authored several publications in this area. She has served the profession at the national level in the Education SIS and at the state levels as a regional director in Ohio and now is on the Executive Board for the Occupational Therapy Association of California. In April 2019, Dr. Javaherian was named to the Roster of Fellows of the American Occupational Therapy Association.

1 https://www.occupationaltherapy.com/ot-ceus/course/intimate-partner-violence-implications-for-4894 Intimate Partner Violence: Implications for Occupational Justice and Practice Intimate partner violence is a justice issue that impacts occupational participation and the health of individuals, families, and communities. This course will focus on understanding the role of occupational therapy in this area and issues of occupational justice. auditory, textual, visual

OccupationalTherapy.com is committed to safeguarding the privacy of everyone who uses our services. In addition to our Privacy Policy, we have a Privacy Notice that further outlines protections of the rights of California residents in accordance with the California Consumer Privacy Act (CCPA).